An electric fire uses electricity to warm up an element (a resistive wire) which then transfers heat by warming air directly or by radiating heat as infra-red radiation, or a mixture of both.

Electric fires are very efficient as they convert nearly 100% of the energy they use to heat, compared with 80% or less for fuel-burning fires.

Heating is virtually instantaneous and they cool very quickly, so when they are turned off they are safe to leave unattended.

Saving money on your energy bill depends on the way you use your electric fire to regulate the heat in your space.

Choosing an electric fire depends on your requirements, a fan heater will blow hot air into the room heating it up quickly. A radiant fire will heat up people and objects (furniture) in front of it, which retains the heat and slowly releases it back into the room.

To see more about how an electric fire works skip to the bottom of this page.

At The Home Fire Shop we advise on fixed electric fires, either inset  (the type usually inserted in an existing hearth or fitted into a wall cavity) or outset   ( either mounted on a wall surface or free-standing on the floor) for portable electric fires and heaters please visit The Home Heating Shop.

Most free-standing and wall hung electric fires need no special installation, place them where you want and plug them in into a normal 3 pin 13 amp wall socket, we advise using an RCD plug for additional safety.

With a fixed inset electric fire you may need some building work to make a cavity to fit them in.

Some models may require running a new circuit from the consumer unit (fusebox) which can carry a higher load. If you are thinking of getting one of these then you will need to have them fitted by a qualified registered electrician.

Since 2005 all electrical work in dwellings in England and Wales, must meet the requirements of Part P of the Building Regulations.

Part P. states that "anyone carrying out electrical installation work in a home must make sure 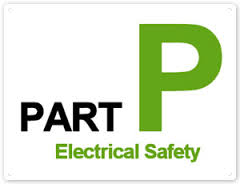 that the work is designed and installed to protect people from fire and electric shocks". You can view  Part P of the building regulations 2010 (updated 2013) here or use the logo link.

Also since April 2013, you have to notify your local building control body if:

If you cannot prove that the electrical installation work on your property meets the requirements of Part P you will be committing a criminal offence!

on the amount of work involved in installing the circuit and work done to fit the fire in the location you choose.

We advise getting a quote first before you buy this type of electric fire.

How  Do Electric Fires Work?

Electric fires & heaters work by getting an element (wire or other material) hot, then using that hot element to heat either the air (convection and fan heaters) or the objects (radiant & infra-red heaters) in your room. But how do they use electricity to get that heating element hot in the first place?

Think of electric current as tiny particles (called electrons) made to flow through a wire, the wire is full of other tiny particles which the electrons bang into and have to squeeze past (the obstruction by these other particles is called resistance).

Try the old winter trick of warming your hands up, put your hands with your palms pressing against each other now rub them back and forth quickly, after a few seconds they get warm, a few seconds more and they get uncomfortably hot.

The heat is caused by the pressure needed to move one piece of skin over another, this is friction. The same rubbing happens between electrons and other particles in the wire, but millions of times faster.

This rubbing of the electrons against the obstacles (resistance) in the wire is called friction and creates heat, the more pressure used to force electrons through the wire means more resistance and more friction so more heat is generated, this is called resistive heating!

In any heating appliance (kettles, toasters or your electric fire) the wires, (or other types of heating elements) are made of materials that have high resistance and are robust enough to stand repeated heating and cooling without breaking down (usually a nickel-based alloy called nichrome).

A high current passes through the element so the amount of friction is massive and gets the element very, very hot, so hot that the wire elements can glow red and (in the case of fan heaters) can melt if air isn't blown over them to cool them down.

This man will stop your house from burning down and may save your life. Why don't you give him a call? Every winter we have a spate of chimney fires […] 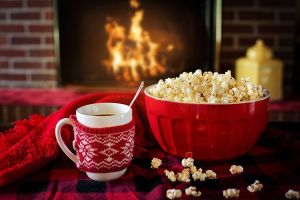 You turn on your heater and feel nice & warm, but 5 minutes after turning it off you get cold again, why? In your room, it’s not just air in […] 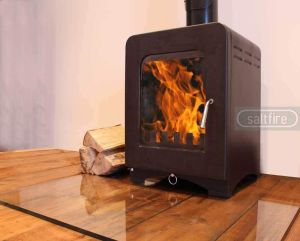 If you've seen the recent headlines about restrictions on wood-burning stoves. Our advice is Don't Panic and throw out your stove, here's a brief guide on whats happening. Wood Burning […]

Flueless fires range in price from under £500 for a basic one, up to £3000+ for more sophisticated models with advanced control systems. Most are available as either natural (mains) gas […]

How to keep your room really warm.

Wood-burning stoves: What do the new rules mean for your stove?

Wood Burning Stoves And The Environment

Which Fuels Can I use in my stove from May 2021

How to Light a wood burning stove